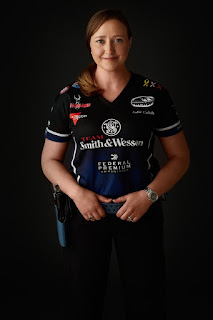 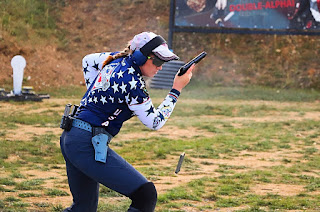 #JulieGforNRA
Posted by me at 12:45 PM No comments:

Little did I know, when I started training hard, teaching and writing over 10 years ago that I would one day be hanging up my Out of Business sign.  For many reasons, actually.  I’ve endured some major personal issues that really slowed me down and took all my attention, then I got hit with serious health issues that limited my ability to get around.  That ended with my not having any money coming in, but too much going out.  Not a good business model.  So…I’m shutting down.  The last straw for me was the cost of the website, which is now down.


I may take the time to write more, and as soon as I’m physically able I would like to take some additional training.  Right now, I don’t have the endurance to make it through a class and the type of training I want can get physical, I can’t risk additional injury.


Looking back, I think of the amazing people I’ve met, and incredible people I’ve worked with, and just the sheer joy of watching the smile spread across the face of a scared new shooter who just realized how amazing this can be.  I’ve had some incredible opportunities, traveling to Shot Show, getting encouragement from so many very special people that I admire and respect.  I can’t think of a single time that I wasn’t happy teaching.
Posted by me at 8:35 AM No comments:

The World is a Scary Place

So much happening.  Riots, attempts to rewrite history, natural disasters…Who is safe?  No one.  At any moment you could become the target of an attack.  One reporter was attacked on the edge of a rally because of his polo shirt, and you know, Nazis wear polo shirts.  WTF?  The truth is, there are bad people out there who want to hurt you.  All you can do is be aware, walk away when you see a crowd.  By-standers are now targets at these protests.  Anyone is fair game.  Don’t let yourself get caught up and drawn in.


That said, it isn’t all bad.  There are heartwarming images coming out of Texas of people who do not have to risk their lives stepping in to rescue strangers and animals from the flood.  Rescuer and victim come in all shapes, sizes and races.  No one is asking gender preference.  They are simply being decent Americans, helping those who need help.  Bless them all.


What does all this mean?  Be responsible, look out for yourself, but look out for your neighbor.  You never know when you might be the one who needs to be rescued.  Don’t get caught up in the hype about protests and statues.  We are still Americans.  As long as we remember and respect our history we can work together.  This is the greatest country on earth.  We may not be friends, but we are Americans and that means a lot.
Posted by me at 8:33 AM No comments: