I'm back - Living a New Life

So many changes.  I suffered a significant injury, was mostly immobile for some time.  This led to my retirement from teaching and eventually retiring all together.  So, now I have joined the ranks of the unemployed (retired), moved to the country (the mailbox is a mile from the house), and am about to pick up writing again.  I hope some of you are still out there.

Since I'm not longer as mobile as I once was, I've taken a new approach to adaptive carry and personal defense.  I recognize if I go down, I'm not getting back up anytime soon.  Frankly, me getting up off the floor looks like an obscene game of Twister.  It might be entertaining, but it sure isn't easy.

There is a trend to carry Appendix.  I don't understand it.  I've tried.  I've tried CC Leggings, Belly Band, Appendix holster.  Nothing seems to work for me.  Maybe I'm too fluffy, but I end up printing badly in anything less than 2 layers and a 3 size too big sweatshirt.  SOB is not practical, or safe, especially for someone who is likely to get knocked down, so, I'm still strong side hip.  Worked for me for more than 25 years, don't see a need to change.  This seems to work whether I'm on my feet of on the ground.

What is most important when looking at adapting to a changing body?  Situational Awareness.  When you know you move slower, running is not an option, and you appear more fragile because of impaired walking and age, your situational awareness if your First Line of Defense.  Bad guys with some experience will recognize that you see them and maybe look for a less aware target.  If they come after you anyway, you have an extra second or two to prepare you plan.  Either way, it is better than being blindsided.

Secondly, be aware of what you can, and can't do.  My head still thinks I'm 30, riding horses and running.  My body just laughs or some other obscene response.  I remember what I could do, and I need to be aware of what I can do.  I am also aware that under stress there are things I can do that I might not attempt otherwise, but running isn't one of them.  I know my legs are strong, you really don't want my on my back where I can kick you.  Ladies, I'm not talking crotch shot, guys expect that.  I'm talking knee and shin.  There is a good chance I could kick hard enough to fracture a leg, or at least make someone think twice about getting up soon.  But it takes practice and a lack of compassion.

Lack of Compassion?   Yep, we are taught to be nice, demure, quiet, almost submissive.  Well, I was.  But get over it.  That's fine in church, being a little bit of a ball buster in the office can serve you well if you pick your timing.  But in a self defense situation, nope.  "Please sir, don't hurt me" isn't going to get you far with a thug screaming obscenities and trying to hurt you.  I've been reading a lot lately about the increase in obscenities by aggressors.  It is used as an intimidation tactic.  I'm not a fan of cursing gratuitously, but it has it's place, especially if rare.  But that isn't the world we're walking around in.  So, remember, if you are shocked into silence, they win.  Back to Compassion.  Kick like your life depends on it.  If you are in a physical encounter, and haven't escalated to a tool, use your body, no little taps.  Pull back and thrust with everything you have.  Just do it fast so you don't telegraph the move and give him to to prepare.  Surprise and ferocity are your friend.  Scream a sailor worthy string of words back.  Catch him off guard.  Yes, it is usually a him.

If you must escalate, do so, but be very certain.  In this age, as we've all seen recently, there are cameras everywhere.  Bystanders are more interested in getting the cell phone footage than calling 911.  Stores and parking lots have cameras.  If you must use lethal force to defend yourself, be prepared for the aftermath.  We watched a young man have his life turned upside down recently because he defended himself.  Do I believe it was self defense?  Yes.  The video was very clear.  Do I believe a 17 year old should have been in the middle of a riot with an AR 15, even with good intentions.  No.  Which brings me to my closing point.  If you are going someplace you expect to be dangerous, perhaps you should rethink going there.

Thank you for the support all these years. 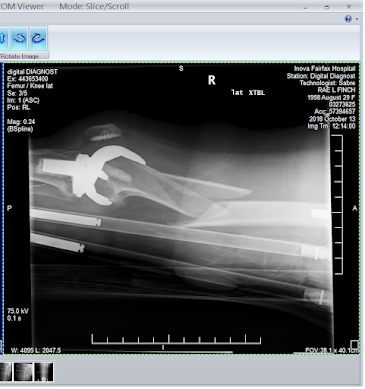